There are some basic things we all take for granted. Being in love, falling out of love or even yearning for love is one of them. But for people suffering from a disorder called depersonalisation, feeling love may not be as straight forward as you think.
One of the that is bound to make this disorder even more distressing for sufferers is the fact that many health practitioners do not even know it exist. BBC has recently published a detailed article on this unusual disorder. Excerpts from the article follows:
For people living with depersonalisation disorder the world appears unreal, as if through a haze or fog – or even in 2D. One in 100 people is thought to have the condition, but experts are warning it is not included in any GP training.

“Relationships you know you value deeply lose their essential quality,” Sarah tells the BBC’s Victoria Derbyshire programme.
“You know you love your family, but you know it academically – rather than feeling it in the normal way.”
Sarah is an actress. She’s used to playing roles and projecting emotion. Yet for long stretches of her own adult life, she herself has been emotionally numb – unable to feel.
This is the result of a little-known mental-health condition called depersonalisation

The article included an interview with a woman who suffer from Depersonalisation disorder, more excepts from the interview with her:
“It was a sudden flick of a switch. Things felt really alien and threatening,” says Sarah.

“Suddenly your flat or somewhere that is very, very familiar to you will suddenly feel like a film set, and your possessions feel like props.”

Others have terrifying out-of-body experiences, feel like their own body parts don’t belong to them and even see the world in 2D – as if it were flat.

For Sarah, this is what happened during her second episode.

“I was reading, holding a book, and suddenly my hands looked like a picture of a pair of hands.

“I felt this separation between the physical world and my perception of it.”

You can read the full article and watch a video of the interview at : bbc.co.uk/news/health-41384979 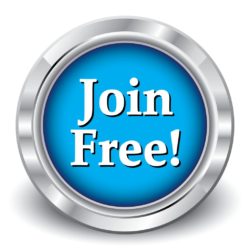